If you've ever looked for books related to the software industry, managing teams, promoting company culture, development practices, and more you've likely found there is an overwhelming amount of options.

I hope this list provides you a bit of relief. These are all books that I have read and recommend to help you with your programming skills, career advancement, soft skills, and more. 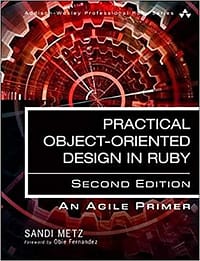 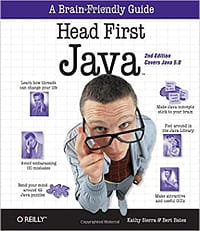 Learning a complex new language is no easy task especially when it s an object-oriented computer programming language like Java. You might think the problem is your brain. It seems to have a mind of its own, a mind that doesn't always want to take in the dry, technical stuff you're forced to study.

This was the first book I was recommended to read when I joined GitHub in early 2018. As a developer, I wasn't sure how it would apply to me however knowing the basics of System Administration (SysAdmin) and Linux in general has made me a much more well-rounded professional, with knowledge in build systems, production servers, and more.

The Linux operating system is the power behind Android, Chromebooks, web servers, and the public cloud. It's impossible to know for sure but there may well be over 60 million Linux users in the world. Developers and system maintainers need to understand how Linux works in order to use it effectively and fix it when it breaks. In How Linux Works, author Brian Ward peels back the layers of this well-loved operating system to make Linux internals accessible. You learn how Linux boots, how the kernel manages devices and device drivers, and how processes, networking, interfaces, firewalls, and servers work. You also learn how Linux-based development tools work, how to use shared libraries, and how to write effective shell scripts.

The Tangled Web: A Guide to Securing Modern Web Applications

Modern web applications are built on a tangle of technologies that have been developed over time and then haphazardly pieced together. Every piece of the web application stack, from HTTP requests to browser-side scripts, comes with important yet subtle security consequences. To keep users safe, it is essential for developers to confidently navigate this landscape.

Web applications are the front door to most organizations, exposing them to attacks that may disclose personal information, execute fraudulent transactions, or compromise ordinary users. This practical book has been completely updated and revised to discuss the latest step-by-step techniques for attacking and defending the range of ever-evolving web applications. You'll explore the various new technologies employed in web applications that have appeared since the first edition and review the new attack techniques that have been developed, particularly in relation to the client side.

Measure What Matters: How Google, Bono, and the Gates Foundation Rock the World with OKRs

In this goal-setting system, objectives define what we seek to achieve; key results are how those top-priority goals will be attained with specific, measurable actions within a set time frame. Everyone's goals, from entry level to CEO, are transparent to the entire organization.

The benefits are profound. OKRs surface an organization's most important work. They focus effort and foster coordination. They keep employees on track. They link objectives across silos to unify and strengthen the entire company. Along the way, OKRs enhance workplace satisfaction and boost retention.

Early in his software developer career, John Sonmez discovered that technical knowledge alone isn't enough to break through to the next income level - developers need "soft skills" like the ability to learn new technologies just in time, communicate clearly with management and consulting clients, negotiate a fair hourly rate, and unite teammates and coworkers in working toward a common goal.

As John invested in these skills his career took off, and he became a highly paid, highly sought-after developer and consultant.

The Five Dysfunctions of a Team: A Leadership Fable

In The Five Dysfunctions of a Team Patrick Lencioni once again offers a leadership fable that is as enthralling and instructive as his first two best-selling books, The Five Temptations of a CEO and The Four Obsessions of an Extraordinary Executive. This time, he turns his keen intellect and storytelling power to the fascinating, complex world of teams.

Outliers: The Story of Success

Malcolm Gladwell takes us on an intellectual journey through the world of "outliers"--the best and the brightest, the most famous and the most successful. He asks the question: what makes high-achievers different?

His answer is that we pay too much attention to what successful people are like, and too little attention to where they are from: that is, their culture, their family, their generation, and the idiosyncratic experiences of their upbringing. Along the way he explains the secrets of software billionaires, what it takes to be a great soccer player, why Asians are good at math, and what made the Beatles the greatest rock band.

How do you develop products that people will actually use and buy? This practical guide shows you how to validate product and company ideas through customer development research—before you waste months and millions on a product or service that no one needs or wants.

With a combination of open-ended interviewing and fast and flexible research techniques, you’ll learn how your prospective customers behave, the problems they need to solve, and what frustrates and delights them. These insights may shake your assumptions, but they’ll help you reach the "ah-ha!" moments that inspire truly great products.

EntreLeadership: 20 Years of Practical Business Wisdom from the Trenches

Your company is only as strong as your leaders. These are the men and women doing battle daily beneath the banner that is your brand. Are they courageous or indecisive? Are they serving a motivated team or managing employees? Are they valued?

Your team will never grow beyond you, so here’s another question to consider—are you growing? Whether you’re sitting at the CEO’s desk, the middle manager’s cubicle, or a card table in your living-room-based start-up, EntreLeadership provides the practical, step-by-step guidance to grow your business where you want it to go.

Most design pattern books are based on C++ and Java. But Ruby is different—and the language's unique qualities make design patterns easier to implement and use. In this book, Russ Olsen demonstrates how to combine Ruby's power and elegance with patterns, and write more sophisticated, effective software with far fewer lines of code.

Early in his software developer career, John Sonmez discovered that technical knowledge alone isn't enough to break through to the next income level - developers need "soft skills" like the ability to learn new technologies just in time, communicate clearly with management and consulting clients, negotiate a fair hourly rate, and unite teammates and coworkers in working toward a common goal.

As John invested in these skills his career took off, and he became a highly paid, highly sought-after developer and consultant.

I am not a recruiter. I am a software engineer, and as such, I know what it's like to be asked to whip up brilliant algorithms on the spot and then write flawless code on a whiteboard. I've been through this as a candidate and as an interviewer.

Cracking the Coding Interview is here to help you through this process, teaching you what you need to know and enabling you to perform at your very best.

Soft Skills: The software developer's life manual is a unique guide, offering techniques and practices for a more satisfying life as a professional software developer. In it, developer and life coach John Sonmez addresses a wide range of important "soft" topics, from career and productivity to personal finance and investing, and even fitness and relationships, all from a developer-centric viewpoint.

Propose, Prepare, Present: How To Become A Successful, Effective, And Popular Speaker At Industry Conferences

Every year, tens of thousands of companies--from industry giants to aspiring upstarts--apply to speak at conferences. They pump millions of dollars into these events, hoping to find new customers, strengthen their brand, and meet new partners. Sadly, for most of them, things don't go that way. Submitted topics aren't chosen; when they are, they come across as tone-deaf sales pitches.

Garr Reynolds, author of the best-selling book on presentation design and delivery, is back with this newly revised edition of this classic book, Presentation Zen. Garr tackles the conventional wisdom of making presentations with slides and shares his approach to designing and delivering successful and provocative presentations. Combining the solid principles of design with the tenets of Zen simplicity, Presentation Zen, puts you solidly on the path to creating simpler, more effective presentations that will be appreciated, remembered, and best of all, acted upon.

If you're having trouble changing your habits, the problem isn't you. The problem is your system. Bad habits repeat themselves again and again not because you don't want to change, but because you have the wrong system for change. You do not rise to the level of your goals. You fall to the level of your systems. Here, you'll get a proven system that can take you to new heights.

It Doesn't Have to Be Crazy at Work

Long hours, an excessive workload, and a lack of sleep have become a badge of honor for modern professionals. But it should be a mark of stupidity, the authors argue. Sadly, this isn’t just a problem for large organizations—individuals, contractors, and solopreneurs are burning themselves out the same way. The answer to better productivity isn’t more hours—it’s less waste and fewer things that induce distraction and persistent stress.

If you’re looking for practical information to answer all your “How?” “What?” and “Why?” questions about money, this book is for you. Dave Ramsey’s Complete Guide to Money covers the A to Z of Dave’s money teaching, including how to budget, save, dump debt, and invest. I absolutely credit this book to my own personal financial success.

Everyday Millionaires: How Ordinary People Built Extraordinary Wealth - and How You Can Too

In Everyday Millionaires, Chris Hogan will show you how ordinary people built extraordinary wealth—and how you can too. You’ll learn how millionaires live on less than they make, avoid debt, invest, are disciplined and responsible!

This book is based on the largest study EVER conducted on 10,000 U.S. millionaires. You’ll learn that building wealth has almost NOTHING to do with your income or your background! It doesn’t matter where you come from. It matters where you’re going.

The Bogleheads' Guide to Investing

The Boglehead's Guide to Investing is a DIY handbook that espouses the sage investment wisdom of John C. Bogle. This witty and wonderful book offers contrarian advice that provides the first step on the road to investment success, illustrating how relying on typical "common sense" promoted by Wall Street is destined to leave you poorer.

Multi-Family Millions: How Anyone Can Reposition Apartments for Big Profits

Multi-Family Millions offers expert advice for investors who want to make the transition from single-family homes to more profitable multi-family units. Successful real estate investor David Lindahl shows you how to find troubled properties that are ripe for quick profits, how to fix or flip those properties, and how to re-sell at maximum value. With a proven step-by-step system for managing each stage of the process, this book shows you how to get started in moneymaking multi-family units?even while you work your day job.

Consider Your Options: Get the Most from Your Equity Compensation

Are you receiving stock or options from your company? This plain language book makes it easy to understand the rules, and reveals strategies for maximizing value and minimizing taxes. It covers restricted stock units (RSUs), nonqualified options, incentive stock options and employee stock purchase plans.